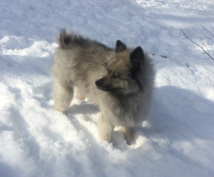 It’s important to understand that most problem behaviors would be normal and healthy activities for dogs if they simply lived the lives for which they are adapted.  Herding dogs are going to herd.  Sled dogs are going to pull.  Guard dogs are going to guard.  And all dogs have some basic drives that lead them to bark at new people, eat things that may or may not be food but smell edible, and chase after small furry animals that scurry away quickly.  And that's just for starters.  Dog behavior is complex and made more complex by the choices of dog breeders.

Humans have taken the basic canine behavioral toolkit and tinkered with it to select for traits that suit our needs.  For a long time humans regarded dogs as equipment.  Many human activities were made easier by the work of dogs.  Hunting, guarding, herding, tracking, weight pulling - this is the historic work of dogs.  There was even once a breed of dog in England that existed solely to run in a wheel to power a rotating spit that cooked food over a fire!  Now in our modern enlightened age we treat dogs as nearly human family members.  And while this change has led to great improvement in the lives of dogs, it has also created new problems.

Your dog’s behavior is the result of a combination of natural selection and human-driven artificial selection that has enhanced certain behavior traits, like herding or guarding.  These natural behaviors only become behavior problems when they occur in a context that a human considers inappropriate.  Your dog must not be imagined to be acting out of spite or malice when he is just doing what comes naturally under certain circumstances.  Think of this way: imagine if you decided to buy a car but wanted something very macho so you got a tank.  Then imagine it was hard to park without crushing other people's cars.  Would you tell the police officer that your tank is being spiteful because it's mad at you for parking so close to those other cars?

The point is that there is a right reason and a wrong reason to own a tank- or a particular breed of dog.  Use the wrong vehicle or the wrong dog in the wrong environment and you get problems.  In a great many cases, "badly" behaved dogs just need appropriate outlets for their instincts.  The lack of such outlets is a by-product of environment.  When the environment is changed, the behavior often changes, too.  Now here's the surprising part of all this: YOU are part of your dog's environment.  You present a challenge, a puzzle, and your dog needs to figure you out.  Why?  Because you are his caretaker and you have all the power.  Everything your dog wants in life depends on you choosing to give it to him, though you may not realize it.  If you respond to your dog's behavior by giving him what he wants, or allowing him to have what he wants, then he will try those same behaviors again the next time he wants something.  That's how dogs think.  Maybe they're not so complicated after all!

Humans, though, are pretty complicated.  We sometimes need a little help in order to change our own behavior even once we recognize that what we're doing isn't working.  That's why we have dog trainers to help!  The job of the dog trainer is to bridge the gap between how you think and how your dog thinks.  Once you're on the same page, it's amazing what you and your dog can achieve together!